On the occasion of Charlotte Cheetham and Sophie Demay’s exhibition OPEN BOOKS II at the Cneai=Paris and shaped as a digressive discussion plus a series of screenings, this Crystal Maze is conceived as a labyrinth where edited objects, images and voices meet, here convocated under the triple figure of the Free, the Freak and the Fake.

Le Crystal Maze, an intentional ‘franglism’, is both the figure of the daedal and of the facets ; a labyrinth of mirror-reflections which would bearing the kaleidoscopic faculty of metamorphosing the vast territory of edition in a myriad (not to say a constellation !) of things seen, read and rendered at a given moment.

But the Crystal Maze is possibly the other figure of the river as described by Alexandru Balgiu during his enchanting intervention made of rolls of written papers and take-away readings. It might also be the kind of radicant river without end as depicted by Samuel Taylor Coleridge when he portrays the Alph in Kublan Khan or A Vision in a Dream: A Fragment (1816). In this long poem surrounded by opiate vapors, the streams of the sacred river engluf Kubilaï Khan’s palace of pleasures in Xanadu. The floods then spread in unfathomable groots inevitably generating rivulets, small brooks, rills and other derivative or still paths which are the very nature of the Crystal Maze characterized by chance, looseness of association and a bit of mala fide !

For this second Crystal, Jérôme Dupeyrat, Brice Domingues and Catherine Guiral have defined a field of exploration which was a triple rebound on the word OPEN, the adjective adopted by Charlotte Cheetham and Sophie Demay to describe their curatorial work around books and reading forms. This was also an inquiry into exhibition and display possibilities which became for the Mazian trio a mean to interrogate the replica, the double, the monster and the fake. FREE, FAKE, FREAK, three words, three possible facets to assemble a FREAAKE LIB: a distant montage of journals, books, objects, films, each possessing possible inter-relations defined live at the CNEAI during a hearty improvisation.

The stalemate metaphor also allowed the making of a video by Brice Domingues. A kind of long sentence-sequence build on the Ecoian principle of « the continuous dialectics between the legality of a form and the initiative of its interprets, between fidelity and equality » (Opera Aperta, 1962). A way to signify that the Crystal, with its multiple faces, is proeminently a story of montage, chance and interpretation: in this case the revisitation of the bookish overflow in Mange Ta Soupe by director Mathieu Amalric (1997).

Going back to La Dédicace à L’Enlisé, the latter was given a suite, Film-Journal Non In Petto that attempted the incomplete program, partially invisible during the Crystal live, of a series of movies’ sequences reflecting another (maritime) figure: the one of the siren, thus the one of illusion and again of Fake. Furthermore this was also another way of underlining, as mentionned by Jérôme Dupeyrat, that the Crystal cristallizes and allows all kinds of self-published objects. A trace before the trace. An ephemera as guide. All of these under the auspices of the Bern Bear which had never been better named ! (the french for to fool is berner). The Bern Convention Copyright permitting as well, and without shame, to present the fake fetish in Tintin, the ‘doul’ in Le Doulous, a stranding dedicated by Deneuve of the sculptor-actor Capellani ; but also to appreciate, without reserve, the adventures of Jim McCool: another derivative-river and Xavier Bouyssou’s homage to the Odyssey and road movies.

One should not forget either (and amongst others !) the counterfeit money, the book-films and film-books: rolls of photographs for Funfairs and Kinoras ; Pierre Ménard, Wimbledon, the Borges submersion ; fiction and game, Superman, factography, the voyeur ; the Alph, Sebald, the Communication Company… Inevitably the list is endless and abyssal and constantly replayed in fresh arrangements by the Crystal. These arrangements moreover not necessarly ressembling what they ment at the beginning and different from what they should have been in the end. The game is afoot Watson !

Furthermore it was not entirely naive to have sought a Wellesian patronage for this second Crystal Maze: F for Fake with its particular stream-structure of a film-essay is another kind of crystal. A visual daedal, skillfully literary and non literal, from which meteors are escaping like the ones projected on a Saturday eve by Alexandru Balgiu, Xavier Bouyssou, Marcelline Delbecq, Brice Domingues, Jérôme Dupeyrat and Catherine Guiral. 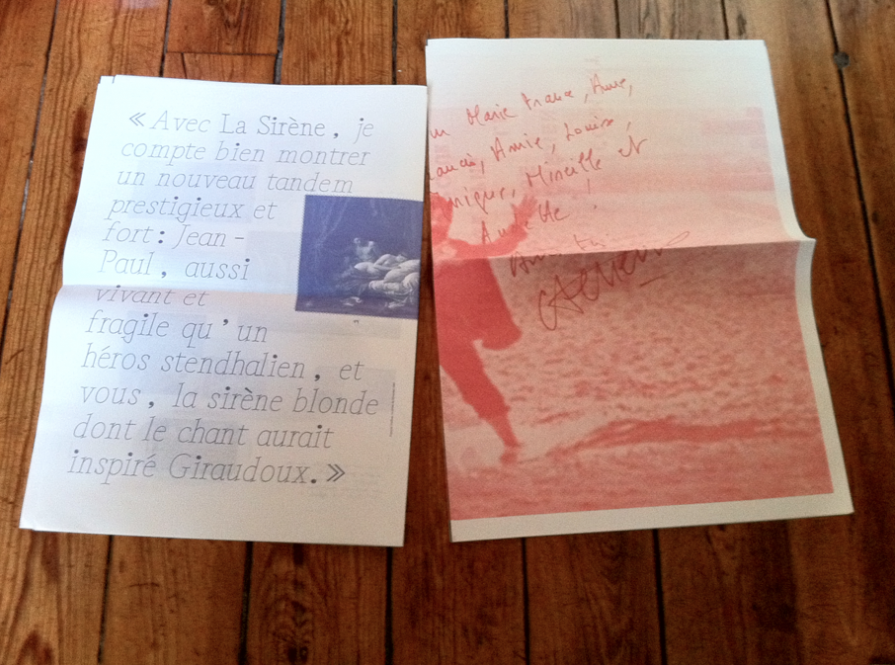 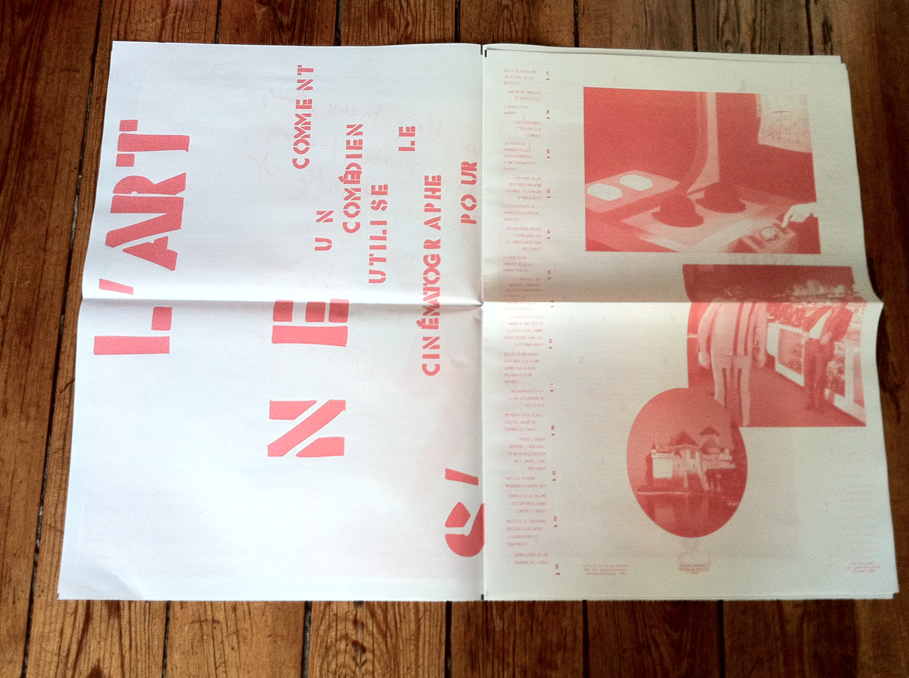 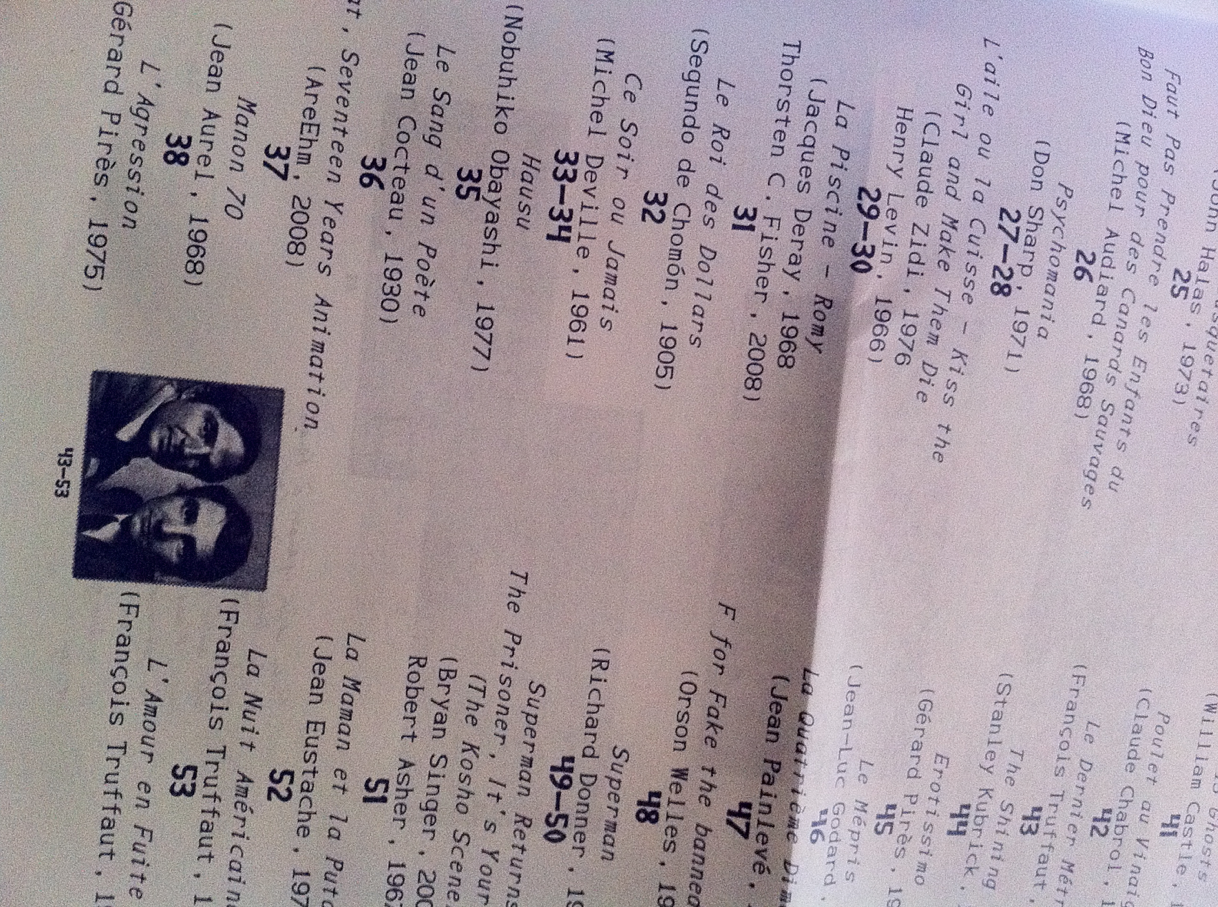